Maranatha Mission was the first Seventh-day Adventist mission among the African people. It begun in 1905 under the direction of G. W Shone who built a stone house at Deb Nek in the land of the natives. A ninety year lease was secured on a piece of land in Grahamstown, 500 acres as a donation by a lay person, Charles Sparrow and the mission work began immediately. Mr Shone was called to take up work among the Dutch and was replaced by Elder F. B Armitage who erected a stone church building in 1908.

In 1909, W. S Hyatt and F.B Armitage, gathered a few students from the natives who were organized to start a school opened up by G. A Ellingworth who also served as the first principal. The enrollment was upto 60 students at the start. Some of the first to be trained were Amos Magalela, Banford Scott, Dode Koke, Griffiths Mayaba and Shadrach Pikoli.

In 1910, there was the need to open up work at the Natal among the Zulus. Mr Armitage had to be excused from the mission to do this and thus W. S Hyatt took his place at the mission. There was baptism of 14 students in that term and the Maranatha church was organized with a membership of twenty seven. In the following year, W. S Hyatt and his team took a ten day trip into the land offering medical services and helping out the people of the land. Dr George Thomason, a member of Hyatt’s team, treated about 196 patients during this ten day trip.

In 1916, Claude Tarr took over the superintendency of the mission from W. S Hyatt who moved to become the president of the Cape conference. This was followed by a suggestion from the mission committee that the mission be moved eastwards to the Transkei in order to catch the huge African population in that area. Thence, the school was moved from the Maranatha Misssion to Butterworth in a piece of land purchased for 1100 pounds. The new school was named Bethel Mission 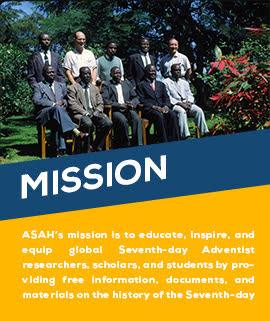